It’s undebatable that technology has made things easier for everyone. Shopping takes just a click, texting/talking is as easy as can be and your favorite food comes home to you in a matter of minutes! What more can we possibly ask for? A little accuracy in machine translations perhaps? Instead, we’ve got this hilarious machine translation fails for your amusement. ( Or caution?)

This unforgettable Coca Cola blunder can hardly be forgotten. In 2018, the Coca Cola company decided to expand in New Zealand by localizing their brand content. In this process, the company planned to incorporate phrases from the Māori language, New Zealand’s second and indigenous language.

As soon as the translation (that probably wasn’t professionally done) went live on a vending machine, Coca Cola received a huge backlash from the users of various Social media platforms. Take a look. 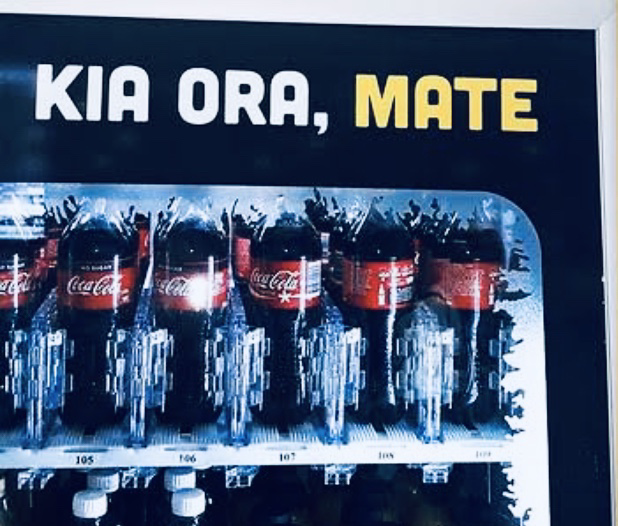 The words actually translate to ‘Hello, Death.’ in the indigenous language and if that wasn’t bad enough, here is another thing that makes it worse – Around 50% of the Māori adult population suffers from obesity. Was this a moment of self-enlightenment for Coca-Cola? Was it a localization campaign gone wrong? Either way, the company suffered a big loss for a tiny mistake.

Also Read: Machine Translation and Post Editing: Everything You Need to Know

When the internet goes off

Machine translators are easy to operate, we’ll agree on that. But one of the most important things to keep in mind, while you translate content for your business through machines- a stable internet connection. And when you can’t find that, your content may end up like it did in this picture below. 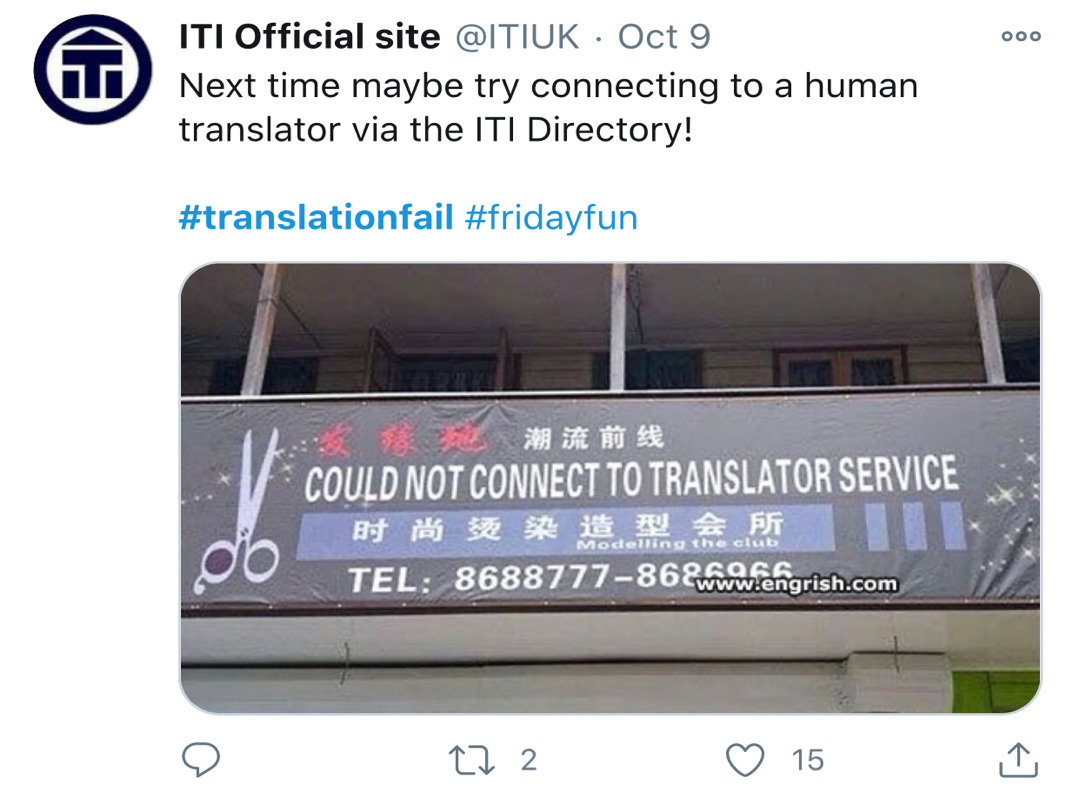 Emotions are complex, rough, and straight-up personal. If you’re looking to translate your brand content that has anything to do with emotions, machine translation is definitely not the way to go. Here’s a quick example from Twitter, we’re sure no one who’s ‘alone’ wants to hear that they, in fact, are alone. 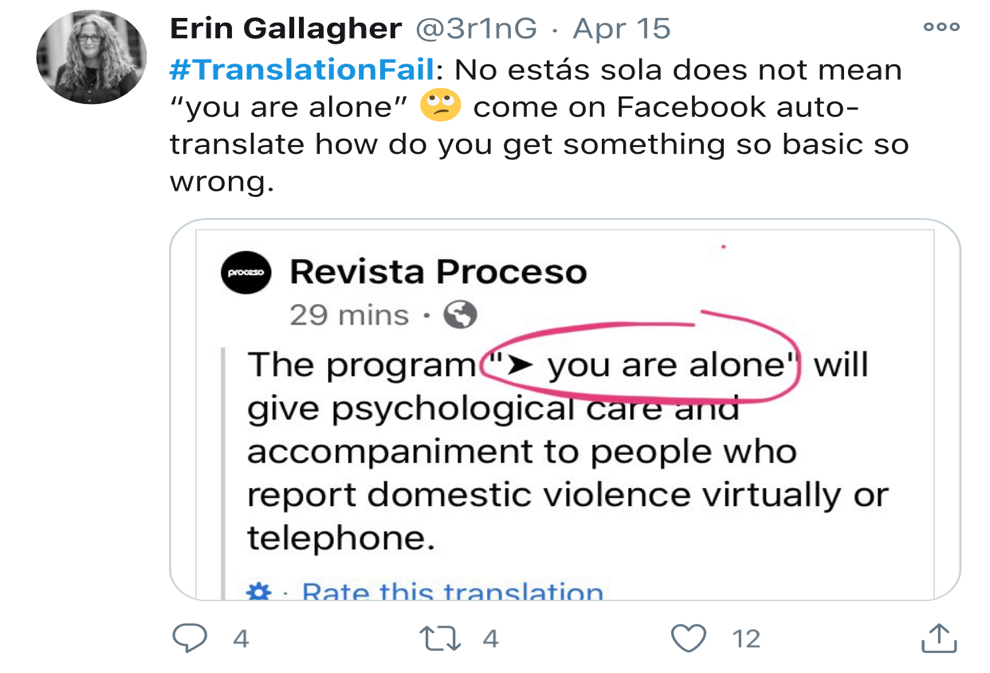 The correct translation of the phrase ‘¿estás sola?’ is ‘are you alone?’. Unfortunately, this has been translated into a blatantly cold and grim statement saying ‘you are alone’.

Did they even try?

Now, we get it. Everyone has a job to do and sometimes, we all lose sight of what we want. But these hilarious machine translations hardly look like they’ve been given enough attention.

However, ‘open sooning’ and “a winner is you” do have a nice ring to it. They could actually be great examples – of why you shouldn’t trust machine translation. 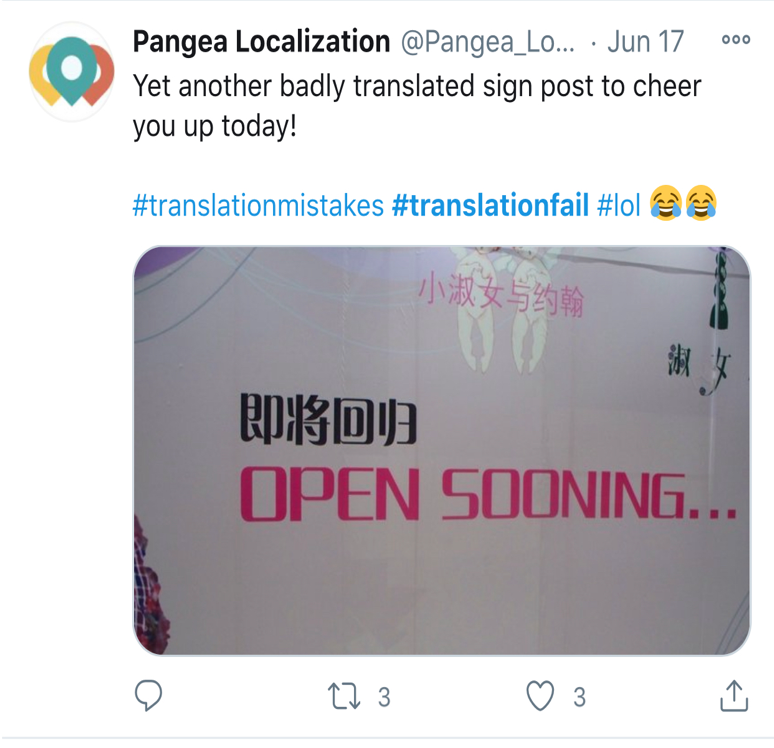 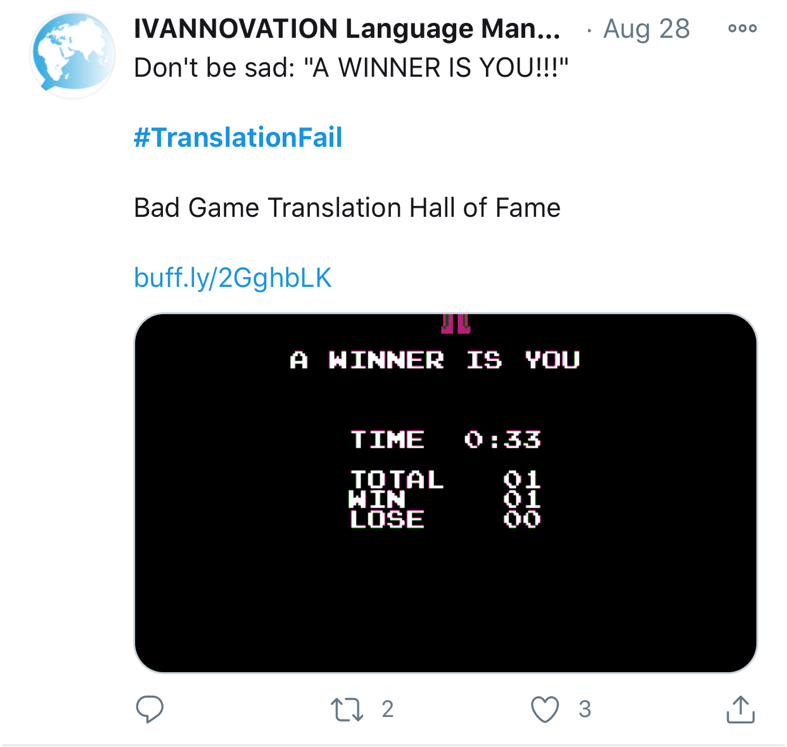 And it’s not just domestic businesses…

Turns out, even airports are not too keen on professional translation, here is an example from India. The words in the native language translate to ‘It is strictly prohibited to eat on the carpeted floor.’ Next time, we’re sure the Airport Authorities of India will look for better quality translators. 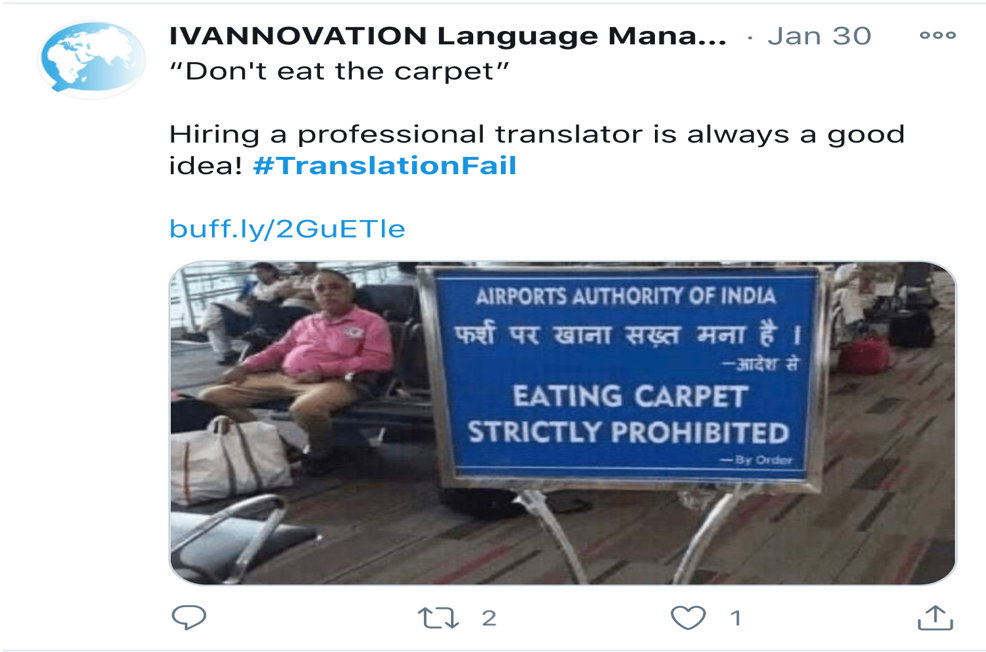 Don’t tattoo it unless you’re a native speaker

In fact, don’t tattoo it even if you are but don’t know enough about how the language really works.

Tattoos are a big commitment. It’s not just going to stay on your body forever, it’ll also be a part of your identity. In that case, it would be wise not to trust posts/pictures on the internet about what a certain word/phrase means. Look at this poor guy, would probably pay for it forever. 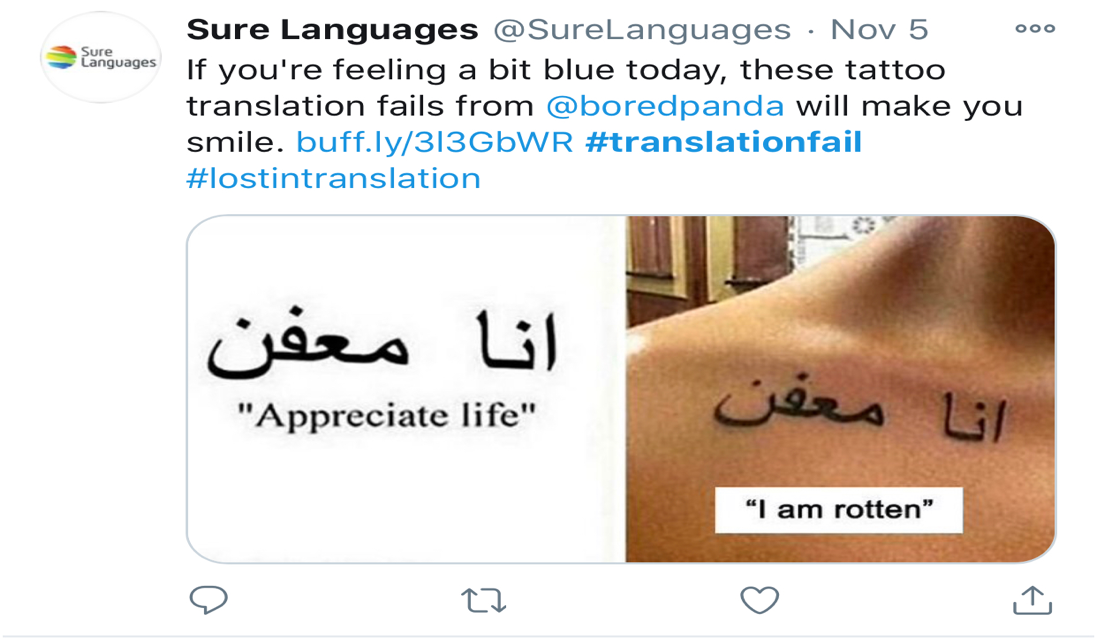 How about a new trending hashtag? #Notattoosfromtheinternet?

If the above examples have you convinced, please listen to us and hand over your brand content to professional translators instead of self-proclaimed language experts or machine translations.
After all, these hilarious machine translation fails are only funny as long as they happen to other people.